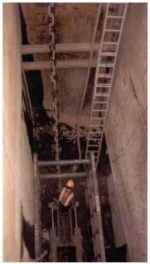 Pipe bursting is a trenchless method of replacing buried pipelines without the need for a traditional construction trench. "Launching and receiving pits" replace the trench needed by conventional pipe-laying.

For over twenty years, trenchless pipeline replacement by pipe bursting has become an increasingly accepted technique for sewer rehabilitation, which is also now finding application in watermain and other areas. The continued growth of pipe bursting everywhere is based on solid advantages over open cut and other rehabilitation methods. 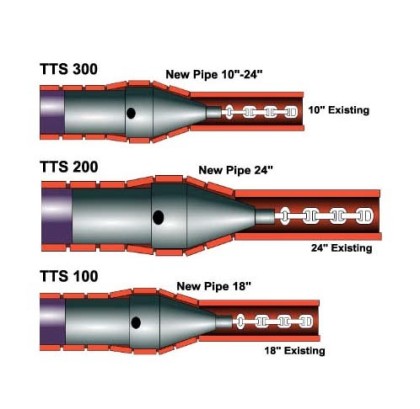 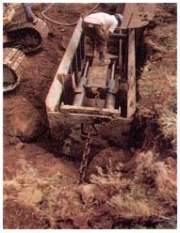 TTS personnel were pioneers in pipe bursting as the first system to use anchor chain in trenchless technology.  We can work with you in this growing and profitable field and assist in promotion, specification, bidding and planning of projects.